CAMBA and the Backcountry Trail Patrol 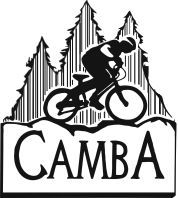 We’ve been there almost from the start, and CAMBA has been part of the patrol, almost from the start, too. In fact, it was a photocopy (remember them?) of an article from “Ski Patrol” magazine sent by regular mail, in an envelope no less, from Ron Bergin (then as now, Executive Director of the Chequamegon Area Mountain Bike Association, CAMBA) back in 1996 that really kicked us three park rangers in the backside to get this patrol program off the ground. The article told about the establishment of the National Mountain Bike Patrol (NMBP) in Moab, Utah, with the assistance of the National Off-Road Bicycle Association (NORBA) and National Ski Patrol. As I posted previously, our ranger chief had told us that we couldn’t be running all over the place in our County Park Ranger uniforms, as altruistic as it may have been, helping out at events. Particularly, considering that we were doing emergency medical care while in those uniforms. The establishment of NMBP sounded like a great possibility for us. I called the NORBA office in Colorado, and spoke to the coordinator of the program; telling her that we were trained law enforcement cyclists and either first responders or EMTs, and we would like to be part of the new program. She almost came through the phone line (yes, a hard-line telephone) to welcome us on board. The North-Central Mountain Bike Patrol became the sixth member of the National Mountain Bike Patrol.

I came up and took part in a CAMBA summer event that year, and then offered our assistance to Gary Crandall at the Chequamegon Fat Tire Festival. He turned me over to the EMS Coordinator (or Chief) Gary Victorson, who accepted the offer with no small amount of trepidation. Brian, Andy, and I came up to Cable in our yellow shirts, and they put us on the sixteen-mile Short and Fat racecourse. We had an eventful day. Most memorably, we bandaged up a young lady with a pretty good laceration to her chin and assisted in the evacuation of a spectator who got out on the course, fell, and was run over by several racers. Ultimately, she was evacuated by helicopter to Duluth. After the race, Gary Victorson came up to us and told us, “Even if we forget to call you, be here next year.” We have been part of the Fat Tire Festival ever since. 2020 will be our 25th year as part of the CFTF, or Chequamegon Mountain Bike Festival as it is now called, emergency medical team. 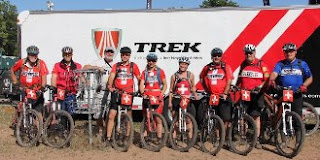 As the patrol grew, initially having members from as far away as the Chicago area, as well as Madison, Milwaukee, and the Twin Cities, CAMBA continued to grow as well, and we continue to assist in the various events that the organization sponsored, including the Cable Off-Road Classic spring MTB race, the post-Chequamegon Poker Ride, the Taste of the Trails, Festival of Trails, and more recently, the Borah Epic, and the Seeley Big Fat Race. We also assist at the Fat Bike Birkie each year in March. Some of our members have cabins in the Cable area and for major events CAMBA and the Fat Tire Festival have always been generous in providing us with places to stay.

In 2003, the Backcountry Trail Patrol Association was incorporated, after NCMBP became part of Minnesota Off-Road Cyclists (MORC), with the specific purpose of providing education, information, and assistance on trails on the Chippewa and Chequamegon National Forests. Gary Crandall graciously allowed us use of the CFTF office in Cable for training and meetings, which will continue under Peter Spencer’s management. (Thank you, both!) We now refer to it as the "Northern District Office" of the patrol. Approximately every other year we hold a training session there for potential new members, which, in addition to the NMBP requirements, covers Forest Service Risk Management training issues specific to U.S. Forest Service land management, communications and safety issues. Due to the nature and location of the trails we patrol on the CAMBA system, all Backcountry Patrol members are required to have a minimum of 16 hours of Wilderness First Aid, with Wilderness First/Emergency Medical Responder training as the preferred level, in addition to CPR/AED for the Professional Rescuer. 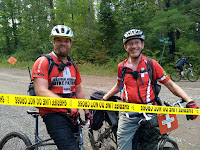 Two major developments have had a pronounced effect on the patrol's participation on the CAMBA trail system. First, is the development of the extensive network of singletrack mountain bike trails, initially in the Rock Lake/Wilson Lake/Patsy Lake areas, and then north and south of County Road “OO” above Seeley. These trails are very popular with the mountain biking community, and the patrol has worked with Sawyer County Ambulance, Round Lake and Namakagon Fire and Rescue to improve safety and accessibility on those trails, in the event of an emergency. We continue to ride the Delta and Drummond area trails as well.

The other major development was the rapid growth of winter fat-bike riding. Backcountry was one of the first patrol organizations to take up this new activity, starting with the City of Lakes Loppet in 2006, and continuing to today, as mentioned above in the CAMBA area. 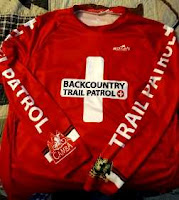 In 2018, the National Mountain Bike Patrol left the International Mountain Bicycling Association (IMBA) and merged into the National Ski Patrol, essentially losing its emphasis on trails and working with land managers. For this reason, the Backcountry Trail Patrol elected to stay an independent volunteer trails and service organization and strengthen our ties with CAMBA. Our newest cycling jerseys, provided by Borah Epic sponsor, Borah Designs, proudly display the CAMBA insignia on the right sleeve. We continue to support CAMBA events and patrol CAMBA trails, and assist at the Chequamegon Mountain Bike Festival, the Borah Epic, the Tour de Chequamegon, and the American Birkebeiner Fat Bike Birkie. As we head into this new decade, we are looking to attract new members in the Hayward – Cable area to help us continue our support of the best Mountain Biking trails and events in the Midwest.